On Wednesday, the 7th of December 2016, “Ziarul Financiar” (“The Financial Newspaper”) and the law firm Reff & Asociatii organized the event “10 years of business: explosive growth, the crisis, the new normality”. The event marked the 10-year anniversary of the above-mentioned law firm, a member a Deloitte Legal, and represented a chance to reflect upon the most important business events in this period and an attempt to anticipate some of the trends for the next 10 years. 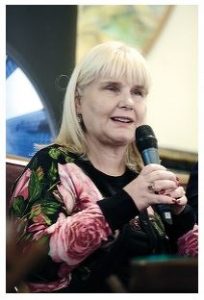 “Romania is at a very positive time.” However, let us not delude ourselves about the future, for we have great workforce deficit, the massive exodus is an issue”, stated Anca Vlad, President of Fildas Group. “We have 35 counties without IT specialists, we do not have enough economists, only 70,000 employment agreements with economists, the trend of the excessive matters in education, the people who learn by heart. The best decision I made during the crisis was to reduce the list of customers to the ones who were very safe and serious and to achieve development on our own through the retail points. The entrepreneurs must resume investments. Legislation is complicated, there is a thicket of laws, I wonder what a foreigner can understand. If we solve this and corruption, the investments will come as well.”

The full article can be read on www.zf.ro