One third of all shareholders in Romanian companies are women, according to statistics. The role of women in business is becoming increasingly important. 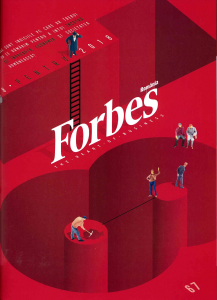 The wages of women managers in the European Union are 23.4% lower than men’s wages, according to Eurostat data. Moreover, a study by the McKinsey Global Institute shows that if women had the same role as men in the labour market, then world GDP would grow by more than a quarter, or 28 trillion dollars, until 2025. At European Union level, nearly 7.3 million people hold leadership positions, of which 65% are men (4.7 million) and 35% are women (2.6 million). In Romania, the percentage of women that are associates or shareholders in a company is about 40%. Data from the Trade Register shows that out of 1.2 million associates or shareholders in Romanian companies, 450,000 are women.

Women entrepreneurs have a different vision of developing a business than men, and their motivation is different from that of men. Most of the time, women pursue social goals and have visions that include a positive impact on the community. Academic studies argue that in Romania, women are more motivated to open a business because of the need for independence and professional fulfilment that they do not find at work, while men are driven by the need for control and challenges. Sociological studies also show that businesses run or owned by women are 14% more opportunity-oriented and initiative-oriented, 10% more focused on ethics and integrity, 9% more efficiency-oriented and effectiveness-oriented and 8% more active in employee development.

According to a 2017 Mastercard survey on female entrepreneurship, taken in 54 countries in the world, Romania ranks 28th, with only 25.3% of all women-owned businesses, compared to 30.8% in Spain, 29.6% in Poland and 27.8% in Hungary. The regulatory framework and entrepreneurship support programs seem to disregard the typical needs of women in general and in particular the needs of female entrepreneurs – the difficulty of combining family life and professional life, discouragement and mistrust, as well as sexist stereotypes, demonstrates that the collective mentality regarding the involvement of Romanian women in business is still under development. All women in leadership positions persevere in the competitive business world dominated by men. Through talent and ambition, they stand out as business leaders and even tycoons.

The most powerful businesswoman in Romania is undoubtedly Anca Vlad, who was ranked first in Forbes’s top 50 most influential women last year, for the first time. The founder of one of the most powerful groups has built a valuable business in about a quarter of a century. The Fildas Group, according to the latest data available on the website of the Ministry of Finance, had businesses of over 650 million euros in 2016 and currently has over 6,000 employees. In the highly competitive market of distribution and sale of medicine, the two percent annual growth in turnover, as was the case with the companies within the group owned by Anca Vlad, is a great performance. In addition, Fildas Trading and Catena Hygeia, members of the Fildas Group, are listed by the commercial credit insurance companies with the best financial rating in the field of pharmaceutical distribution and retail in Romania. In September 2017, Fildas Trading entered, for the first time, the Top 500 of the largest companies in Central and Eastern Europe, ranked by the consulting and economic analysis company Coface. Fildas Trading was immediately ranked 355th, the best of the eight Romanian companies that had recently entered the top 500. The business of entrepreneur Anca Vlad is not only focused on pharmaceuticals. Anca Vlad is the Honorary President of the Romanian Investors’ Board (PIAROM) and supports the arts in Romania through the Senso Contemporary Art Gallery and by supporting many Romanian artists.