Anca Vlad, President of Fildas-Catena Grup, was granted the Excellence Award in Entrepreneurship, offered at the Capital Gala, a tradition of the Romanian business environment. During the event, 200 guests, mainly businessmen and representatives of the largest companies in Romania, gathered in an elegant atmosphere and celebrated the 26th anniversary of the Capital magazine.

The founder of Fildas-Catena Grup was awarded this distinction due to her constant engagement in charity projects, supporting the social causes in various fields and the Romanian art. 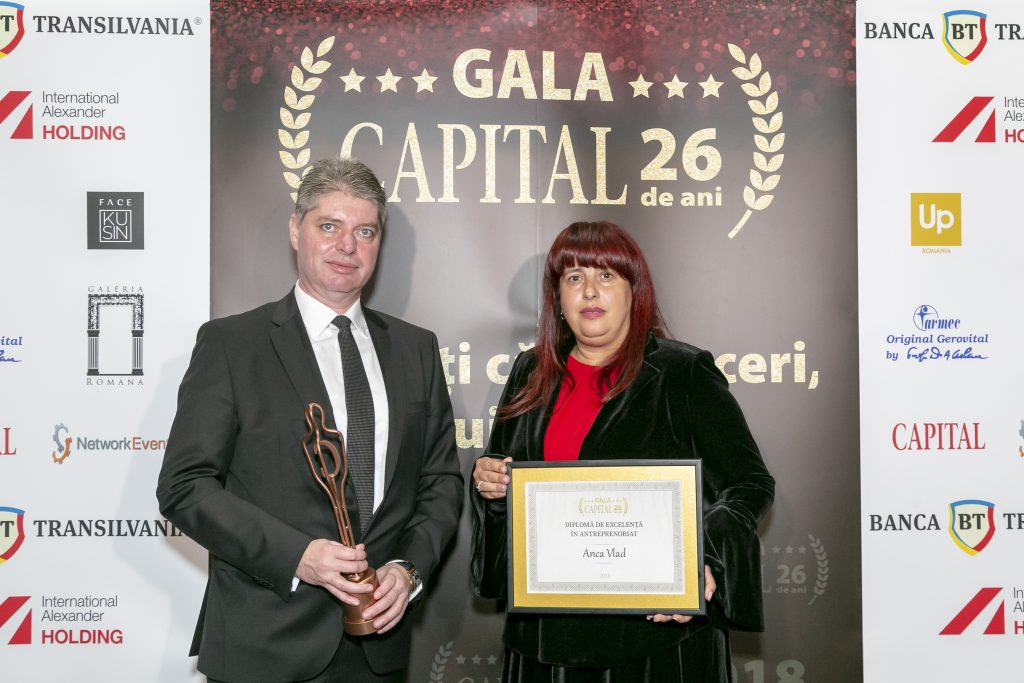 The prize was handed out to Alina Marinescu, the general manager of Catena, and Dragos Mihai, the general manager of Fildas Trading, who put an emphasis on the fact that Anca Vlad will continue to get involved, through the group that she founded and which she leads, in the projects and the social causes that can help the Romanian society.

On the other hand, during the event, Anca Vlad was nominated in the top 10 positions in Top 300 Richest Romanians by Capital magazine, a reward for the dynamic and correct development of Fildas-Catena Grup. Anca Vlad is known as a fervent supporter of modern entrepreneurship and the permanent development of the businesses that she manages.

But besides business, the president of Fildas-Catena Group is also engaged in social and charity programs. This is an extremely important objective for the group led by Anca Vlad, who is actively supporting associations such as Salvati Copiii! – Romania, OvidiuRo, Light to Europe, Fundatia Renasterea or HOSPICE Casa Sperantei. Anca Vlad is also the founder of Fildas Art, a foundation that supports Romanian art, especially through the Senso Gallery, a space in which one can admire the works of art created by Romanian artists. Top film festivals in our country are also supported by the Fildas-Catena Grup, as well as highly successful cinematographic productions in Romania.